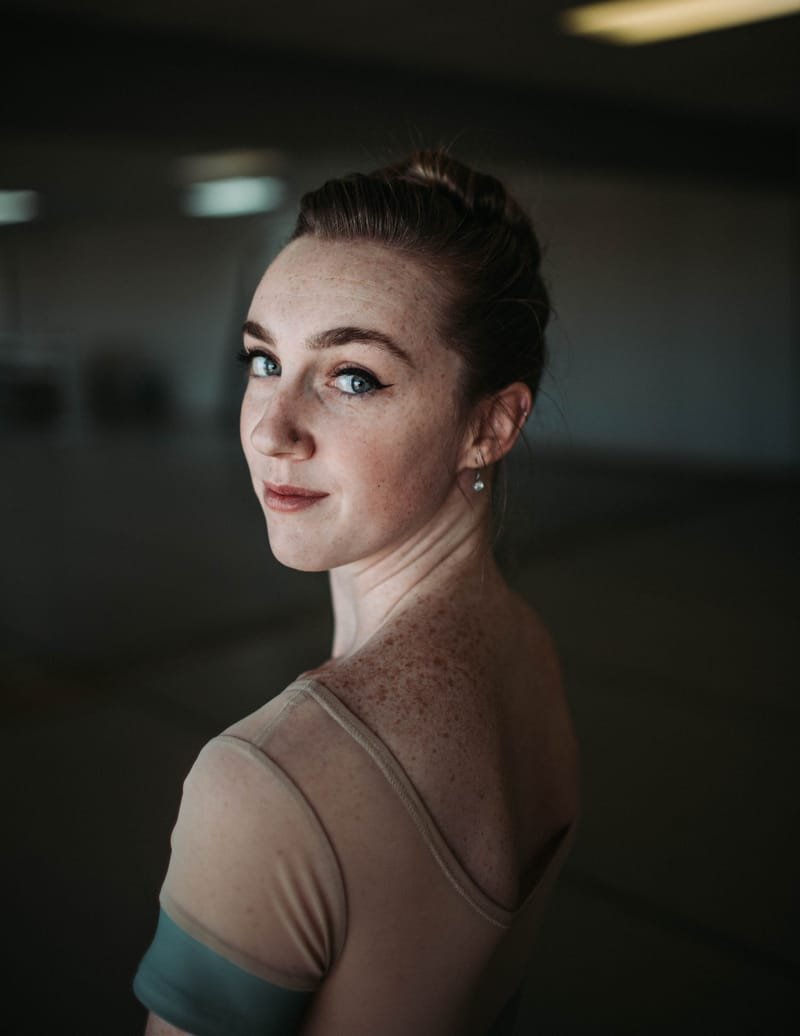 Kaylee Skelton is from Littleton, Colorado, where she started her serious ballet training at Belliston Academy of Ballet, under the direction of Jeannine Belliston.  Ms. Skelton attended summer courses at Pacific Northwest Ballet, School of American Ballet, and Boston Ballet.  She then continued her training on scholarship in the Professional Division with Pacific Northwest Ballet, where she had the opportunity to perform in ballets with the company, such as Kent Stowell’s "The Nutcracker", "Swan Lake", and "Cinderella", as well as world premiere pieces set by PNB’s company members.  She also danced as a company member with Nevada Ballet Theatre in Las Vegas, collaborating with Cirque du Soleil and performing roles such as “Big Swans” and “Spring Fairy” in James Canfield’s "Swan Lake" and "The Nutcracker".  Kaylee then joined City Ballet of San Diego, where she danced in the company for 3 years.  There she had the opportunity to dance many roles, including ballets by George Balanchine, such as “Tall Girl” in Rubies, “Choleric” in The Four Temperaments, and “Solo Girl” in La Source.  Before joining Avant Chamber Ballet this season, she spent last year as a Principal Dancer with Reformation Dance Company under the direction of Kathleen Vreeland.  Ms. Skelton has had the pleasure of teaching many places, including Belliston Ballet where she grew up, and assistant teaching at Pacific Northwest Ballet. She mainly teaches ballet and pointe, but has also taught jazz, leaps and turns, and more.